Menace lurks in unexpected places. In Jane’s essay last week, she mentioned that prolonged sitting has risks. A recent trip to the library exposed me to dangerous ideas. Books, challenged for one reason or another were featured, appropriately wrapped in crime scene tape.  How horrible to be exposed to subversive ideas.

Annually at the end of September, Banned Book week showcases materials whose propriety is called into question. Often parents challenge titles containing provocative ideas with the best of intentions: protecting their children. The top three reasons for challenging materials are those considered to be sexually explicit, containing offensive language or unsuited to any age group.

The American Library Association explains. A challenge is an attempt to remove or restrict materials, based on the objections of a person or group. Banning is the removal of those materials.  Challenges do not simply involve a person expressing a point of view; rather, they are an attempt to remove material from the curriculum or library, thereby restricting the access of others. However, under our First Amendment, government may not prohibit expression simply because a person or group finds an idea offensive or disagreeable.

Minds are like parachutes – they only function when open. Thomas Dewar

The most frequently challenged book of late is The Absolutely True Diary of a Part-Time Indian because of anti-family, cultural insensitivity, drugs/alcohol/smoking, gambling, offensive language, sex education, sexually explicit, unsuited for age group, and violence. That sounds like professional football or the Super Bowl halftime show. I’ll add The Absolutely True Diary of a Part-Time Indian to my reading list where it can join other notable banned books such as To Kill a Mockingbird, the Harry Potter series, and The Adventures of Huckleberry Finn.

One of the themes cited for banning books is violence. By definition, violence is action: behavior involving physical force intended to hurt, damage, or kill someone. Last week, a berserk gunman fired up a college campus—the commission of a violent crime. Another day, another shooting; another month, another mass shooting. The FBI defines mass shooting as one where three or more people are murdered.  Mass Shooting Tracker counts the number of people shot, even if fewer than three are killed. Isn’t it nice to know people are keeping track?  By Mass Shooting Tracker, the United States has had 294 mass shooting in 274 days. What does that say about us? By any index, that seems like craziness.

While the First Amendment among other things allows me to read what I want, the Second Amendment pertains to guns. This amendment states: A well-regulated Militia being necessary to the security of a free State, the right of the people to keep and bear Arms shall not be infringed. This amendment affirms individual arms in the context of the maintenance of a militia or other public force. Does that mean gun ownership requires membership in a regulated militia, which would imply background checks and training? Or how is this aspect of the Second Amendment implemented? Do gun owners go through boot-camp and join the National Guard to validate their arsenals? If not, knowing my neighbor has firearms does not make me feel safer. 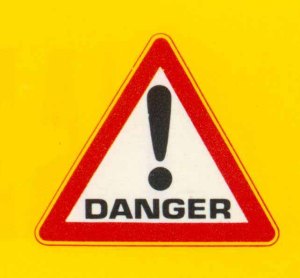 Do what you’ve always done and you’ll get what you’ve always gotten.  The definition of insanity suggested by Einstein is doing the same thing and expecting different results. Books have a different kind of power than guns. While there may be danger in pages and ideas, they will not leave victims bleeding out and bereaved families mourning. Over the weekend, an 11-year-old boy used his father’s shotgun to shoot and kill an 8-year-old girl. She wouldn’t let him see her puppy. Now she’s dead; he’s incarcerated, and families are beset by shock and grief. Are we banning the wrong things?

To paraphrase the peace slogan crafted by Lorriane Schneider from the Vietnam War era: Guns are not healthy for children and other living things. Perhaps it is time to re-look the peculiar institution of bearing arms outside of a well-regulated militia. And for parents to protect their children by legislating for a ban on something that is seriously dangerous.