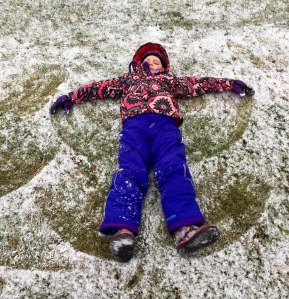 On Kodiak, the second-largest US island, you can count on wind and water. If you’ve watched the Discovery Channel’s “Deadliest Catch,” you may recognize the area  since several fishing boats  have their home port in Kodiak.  Of course, it’s an island and surrounded by water, but there’s also precipitation. While Kodiak’s weather tends to be milder than most parts of Alaska, it does get considerable rain, year-round. We also experienced the first snowfall of the season during our visit in mid-October, although on a different day, sunshine and 50° temperatures had local residents wearing shorts and short sleeves. Not me. Water awareness extends to knowing tides tables for planning beach-combing trips.

Another defining feature is wind with six wind turbines serving as a Kodiak landmark since their installation in 2009. Not only do they act as a guide for navigation, but the island is almost completely powered with wind and hydro renewable energy. Like most Americans, I  connect Alaska with oil extraction. Walking through the Anchorage airport provides evidence of oil companies’ dedicated airlines  for servicing North Slope employee travel, but Kodiak generates its own power.

The constant wind requires other accommodations. With gusts forecast, the Coast Guard had to position a C130 plane in Anchorage to ensure response readiness. Our son, who was on the duty roster, headed out after lunch and didn’t return until the next day after the girls’ bedtime. The previous week, the reverse situation occurred. He had to overnight in Anchorage because weather prevented the plane from landing in Kodiak.  It begs the question, why have a Coast Guard base on Kodiak Island when Elmendorf Air Force Base (JBER) is located in Anchorage? Besides weather issues, there are requirements to transport families to Anchorage for specialty health care and economies of scale for aircraft maintenance. While the Air Force base falls under DoD and the Coast Guard operates under Homeland Security, wouldn’t it make sense to cooperate and co-locate? The high winds can also interrupt internet which caused service disruptions during our stay, a concern since I needed to upload a mid-term exam to the course dashboard and attend class via Zoom (similar to Skype).

The Coast Guard base has a commissary for groceries, but you better plan ahead. It’s open five days a week and whether the shelves will actually have the item you need for a recipe is questionable, which contributes to a siege mentality. If you see something you might need, you stockpile it. Weather permitting, a container ship docks on Wednesdays to resupply the island, which means gaps on the store shelves might get refilled after unloading the boat, or not… 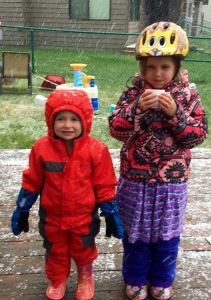 Kodiak is always an adventure, whether traveling to and from the island given weather vagaries or figuring out flight connections. There are the warnings about danger from bears and tsunami / earthquake… And looking both ways while crossing the taxiway to make sure that a plane isn’t heading your way.  We probably have one more visit before the kids move to their next duty station, but I won’t forget Kodiak. It has been a potent reminder to not take things for granted.