Read Across America Day celebrates Dr. Seuss’s birthday on March 2nd and promotes literacy and the joys of reading. Books can transform: There is power in simple storytelling and colorful images. While we tend to think of Dr. Seuss in terms of juvenile fiction, he said: “I don’t write for children. I write for people.” His whimsical figures and memorable rhymes have universal appeal.

Theodor Seuss Geisel (1904-1991) chose the name “Dr. Seuss” because he claimed he was saving his real name for a someday novel. Although he studied for a Ph.D. in literature at Oxford, Dr. Seuss was not a doctor. Having been picked on because of his German heritage, he was sensitive to social injustice, which manifested in his political cartoons and children’s books. He worked in advertising but his drawings provided commentary on world affairs, including drawings that denounced Hitler, Nazism, and US isolationism.  Too old to be drafted for World War II, Geisel volunteered and joined the Army in 1943. Captain Geisel served three years in Hollywood and contributed as a cartoonist and filmmaker. Post-military, he wrote the screenplay for Design for Death, based on an Army training movie. The film, which dealt with Japanese culture and war, won the 1947 Academy Award for Best Documentary. 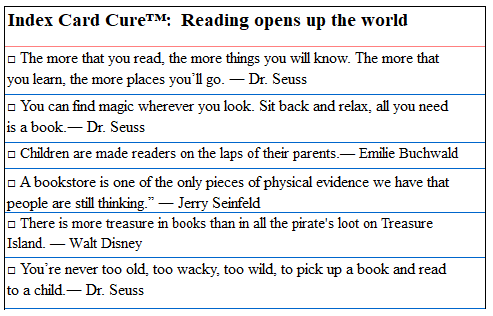 Dr. Seuss wrote and illustrated over 40 books including the “Cat in the Hat” and “Green Eggs and Ham” (the latter featured a limited vocabulary to win a bet with his publisher). Using books with embedded messages, Dr. Seuss aimed to be a force for good.  He not only wanted children to learn to read, but also hoped to teach them how to think.   “The Sneetches“ teaches about tolerance using creatures, with and without stars on their stomaches.  The star-belly Sneetches think they are the best and look down upon star-less Sneetches. “The Lorax” features a planet threatened with destruction unless we change behaviors and advocate for change.  While the Lorax is fictional, he generated real enemies. Dr. Seuss’ books have detractors and several of his picture books appear on the American Library Association’s list of challenged and banned books.

I believe that reading and writing are the most nourishing forms of meditation anyone has so far found. By reading the writings of the most interesting minds in history, we meditate with our own minds and theirs as well. This to me is a miracle. Kurt Vonnegut

Books have power. As author Cassandra Clare said: “One must be careful with books and what is inside them… for words have the power to change us.” Books can help us understand the world. We can be armchair travelers–visiting exotic places without leaving home. In an essay published in 1960, Dr. Seuss pronounced: “children’s reading and children’s thinking are the rock-bottom base upon which this country will rise. Or not rise. In these days of tension and confusion, writers are beginning to realize that books for children have a greater potential for good or evil than any other form of literature on earth.” Dr. Seuss wrote books that make people think and imagine. As he said: “We can … and we’ve got to … do better than this.”

Read more: “Reading: the gift that keeps on giving” 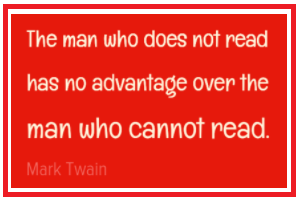 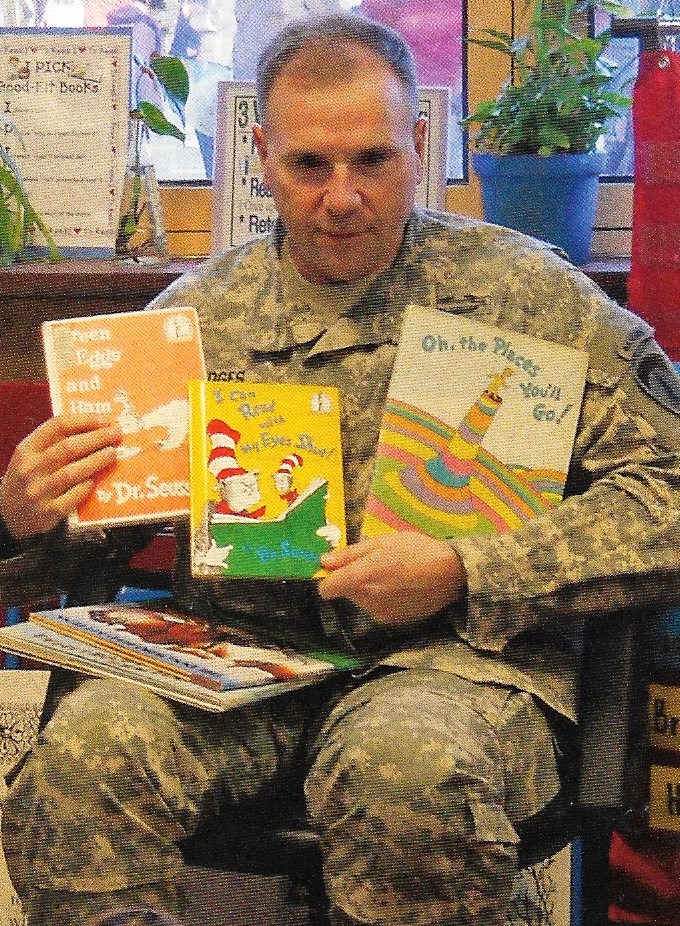