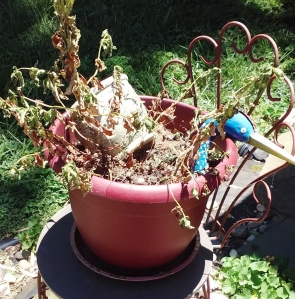 We returned from a week-long vacation to shriveled plants in the yard. The flowers succumbed to a combination of heat and lack of water.  But it shouldn’t have come as a surprise. The northern states were as oppressively hot as the mid-Atlantic, interspersed with occasional deluges of rain that created humidity. Since the end of June, heat waves are breaking records all over the planet. While global warming is about trends and not isolated events, as the world warms, we can expect more extremes, including floods and droughts. And, despite those who deny, scientists believe that human behavior is influencing the frequency and intensity of storms.

High temperatures and lack of water doesn’t just kill plants. People are also susceptible, especially in places that lack air conditioning. During one afternoon in central Maine, a logging truck hit a pole, damaging the transformer, knocking down transmission lines and disrupting power. Without electricity, fans were useless. But there was also no water, because the pump couldn’t operate. 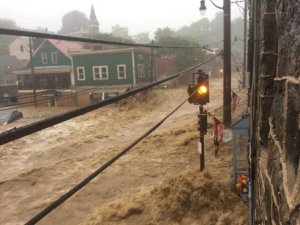 Humans have limited control over weather and water. At the end of May 2018, Ellicott City, MD experienced its second 1000-year rainstorm in two years. The combination of geography and meteorology created flash flooding. Significant rain fell on land that was already saturated. If the ground is unable to process all the water, due to impermeability in an urbanized area or from previous rainfall, the water is channeled, resulting in devastation and loss of life. The extreme from flooding is drought with the lack of water also creating problems. Approximately 25 percent of the US is experiencing drought, which goes hand in hand with wildfire danger. The summer is just beginning and hurricane season is officially underway, with the Atlantic season ranging from June 1 to Nov. 30. National Oceanic and Atmospheric Administration (NOAA) forecasters predict that 10 to 16 named storms are likely, with up to four being major hurricanes. 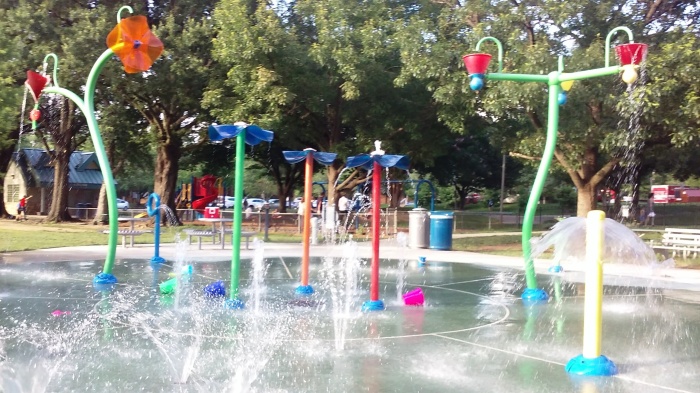 Humans must operate in a Goldilocks zone of habitation, where the temperature is just right – not too hot and not too cold, and where the amount of water is not too much and not too little. Unlike the bear family in the children’s story, our ability to control temperatures is limited and usually requires electricity for fans or AC. We also can’t create water and can barely regulate it; we can only try to be good stewards.