Some of my memories from the early 60s are clear. Records and newspapers can confirm public events; unverifiable is what they meant to me. 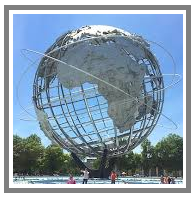 By the time of these events, I had reached 7 years old, the age of reason, considered the developmental stage when one can distinguish between right and wrong and gains a sense of moral responsibility. I had made my first confession and First Communion in the Roman Catholic Church and was on the way to becoming an adult.

My family and I lived in an apartment building in the Bronx. My friend, Adrienne lived a couple of floors below. We were both fans of the Beatles, excited about collecting Beatles’ cards, and watching the band on Ed Sullivan. We shared something else that had escaped my memory until this weekend when sexual assaults and the believability of those reporting were in the news. One evening, we were playing in the lobby of the apartment building. Hearing the building door open, we hid under the stairs. A man walked in and stood in front of the brass mailboxes a few feet from our hiding place. Did he know we were there? He began fondling himself in front of the reflective surface. We huddled and trembled until he left, then we headed upstairs. Why did we hide? What were the man’s intentions? Perhaps he was a “fine man” who succumbed to a momentary, unfortunate impulse.

Do you believe me? Women and girls who report often get victimized more than once. First with the incident happening and then with repercussions from telling, getting in trouble for lying or bringing disgrace to a family. My granddaughter is now as old as I was when that incident happened. She has reached the age of reason, but she is still a little girl. If she told me a story like this, my reaction would be to protect, not question whether she was telling the truth. Where would a child get details to fabricate such a story? Indecent exposure is a crime. At the time and even now, I don’t have words to explain, except that it felt dark and scary. It is adult  responsibility to protect the vulnerable. We can’t just advise kids: “Sorry, you’re on your own” or “Don’t get caught.”

Who do you tell about episodes that distress? The more emotionally significant a situation feels to the person experiencing it, the more deeply memories embed, but it doesn’t take much to learn that it’s better to repress than express. I have forgotten more than I remember. Some memories are indelible, but buried. Perhaps that is a good thing.

“Emotion acts like a highlighter pen that emphasizes certain aspects of experiences to make them more memorable.” Shahram Heshmat

There is a hierarchy of violence, with some episodes more explicit than others. Violence can include physical acts but it can also include attacks intended to humiliate or evoke fear. The violence occurs because of the exercise of power by someone who is bigger, stronger, more famous, or fueled by intoxicants. The perceived anonymity of the internet can allow cruelty, with bullying exchanges designed to degrade. The common thread of violence is hate, with intent to hurt.

That incident from when I was a girl was a first but not the worst. But why reveal if people don’t believe? The statute of limitations expires for certain crimes; unfortunately there is no time limit on having dark memories suddenly erupt or tamping down emotions from recurrences.

The World’s Fair theme was “Peace through Understanding,” a worthy motto for today also. To complement the designated age of reason, perhaps it is time to initiate an age of kindness as an antidote to violence in its the many forms. We are not bad people, but we all need to examine our consciences and confess where we have permitted or committed acts of malevolence and contempt to support narrow, self-interested objectives. We artificially divide people into right and left. Perhaps we should return to categorizing actions, not people, as right and wrong. Except that we all assume we are right… So, let’s divide into parties of honorable and kind; bi-partisanship welcome.

“Kindness is a language which the dead can hear and the blind can see.” Mark Twain.